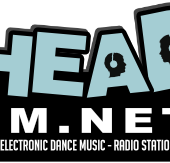 The Marvin Show gives a platform for one of House music's most exciting performers to share his skills and selections each and every week.

Join Marvinmarvelous every week as he delves deep into his music collection to bring you the very best in House music with a focus on the underground-facing styles. The Marvin Show gives a platform for one of House music’s most exciting performers to share his skills and selections each and every week.

Marvinmarvelous features as a veteran DJ and Producer, whose origin began in the dance music scene from an early age, with surrounding musical influences in his childhood home like Motown, R &B, Jazz, and Classic Rock that has helped to shape the music he shares with the world today.

He grasped the idea of music at the impressive age of 7 years old, when he instantly took to the idea of playing instruments, with drum lessons from the famous studio drummer Bill Arnold. Shortly after, Marvin kicked off his musically inclined career at the age of 14, when he started to turn heads as a local jazz drummer in his hometown of Springfield, MA. He started making noise, bringing the talent to his hometown where he began DJing for local parties and events to fill the demand from a lack of DJs in his city at the time. Marvin has displayed his innovative ideas since the beginning, considering he made his first DJ system by tearing apart old stereo component sets and building new speakers with the parts. This lead to him refining his musical knowledge and microphone skills as a radio DJ personality for the local station WBCC in Daytona Beach, Florida. Success followed him shortly after moving to the Southern California area, where he became a first-call DJ for many local clubs and private celebrity events.

Fast-forwarding to the current day, Marvinmarvelous sits behind an impressive discography of House anthems along the likes of ‘Boys and Girls’, ‘All I Do’, and ‘Harvard Soul’. His talent for the art of music production is what sets him apart from the rest, considering his sounds have reached international levels in countries such as France, Spain, Panama, and the Dominican Republic. Join Marvinmarvelous as he continues to develop his skills with a unique blend of Deep House, Electro House, and R&B tailor-made to be felt in the soul and enjoyed properly.